You can add extra sensors to the PCB or the BEEP base. You can download the pdf file with the PCB connections as shown below. The system supports up to five temperature sensors (type DS18b20), one microphone and one I2C BME280 temperature/humidity sensor with the standard firmware. The PCB has an extra microphone input and a I2C connection point where you can connect a second microphone, or add multiple I2C sensors. You can add the extra sensors described above and configure them using the Android BEEP base app or the iOS BEEP base app. 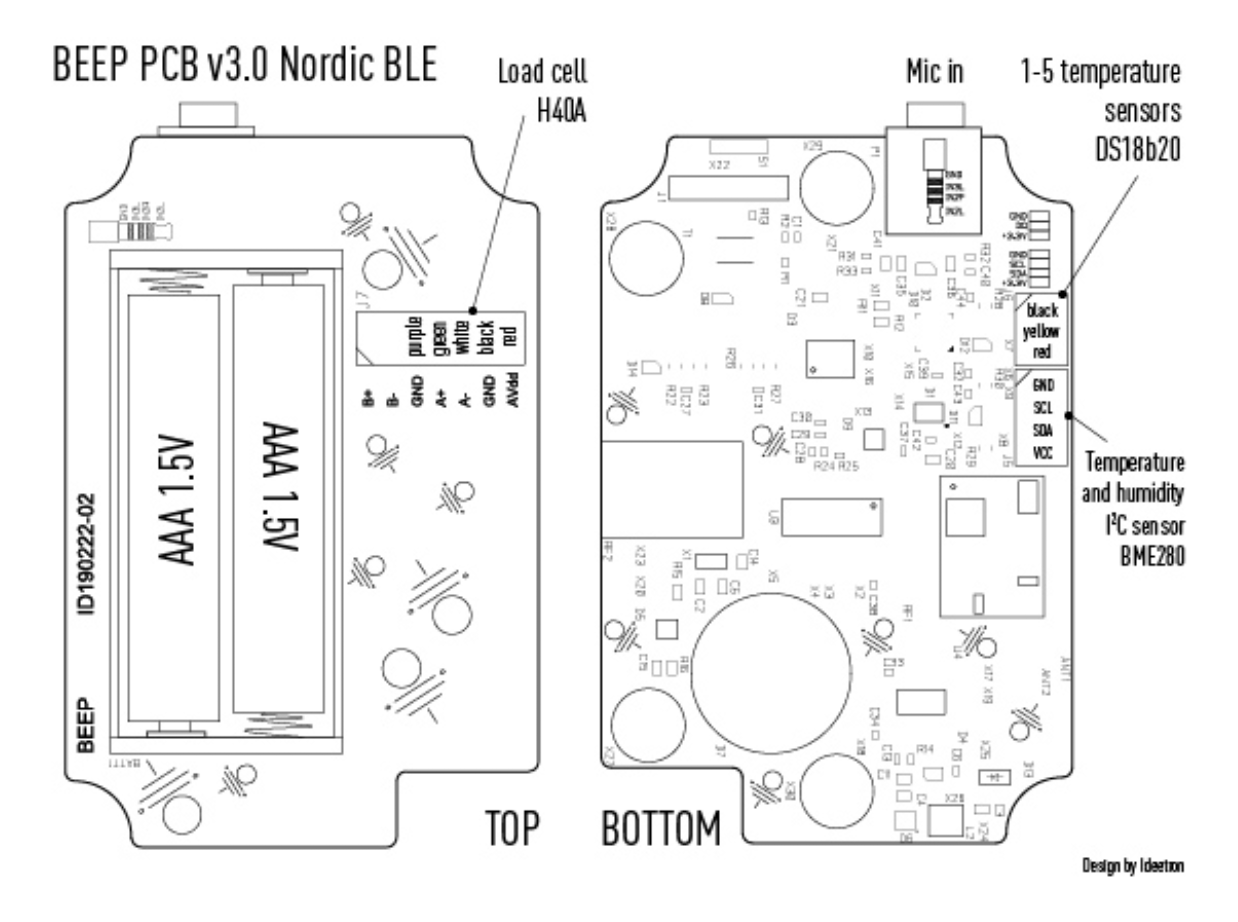 You can add up to five temperature sensors to the BEEP base or BEEP PCB. There are two ways to connect an extra temperature sensor as described below. You also find instructions for connecting the humidity sensor.

Configuration in the BEEP base app

Note: If you want to add your own (I2C) sensors, you can write the required code in the firmware for each sensor and upload this modified firmware via Bluetooth to the BEEP base.

Did you find it helpful? Yes No

Send feedback
Sorry we couldn't be helpful. Help us improve this article with your feedback.